Some great articles in the past week about in-flight entertainment... ARINC's new broadband data service, introduced at NBAA 2005, got USA Today coverage. The Boston Globe covers the lighter side of IFE with a feature on United's ATC chatter, and Gerard Campbell reviews the hot DigE Player from Alaska Airlines. 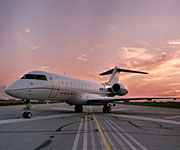 The service remains costly, but it's coming down. Howard Lewis of Satcom Direct, a reseller of in-flight Internet and phone services, estimates hardware and installation of the current Inmarsat service can cost up to $400,000. A connection runs about $8 a minute. Initially, broadband equipment is unlikely to be cheaper, though per-minute rates will be less, says Lewis.

The market is flat for commercial jets, diverting suppliers' interest to business jets. Connexion by Boeing, the aerospace giant's wireless unit, has managed to attract some foreign airlines like Lufthansa and Singapore to the broadband service it rolled out in 2004. About 100 foreign commercial airplanes have been outfitted.

In-flight entertainment for nerds in the Boston Globe, by Alex Beam

When I fly, I always choose United. Why? No, not because of their silly ads; they just interrupt football games. But because on its in-flight entertainment system, United lets passengers listen in to the air traffic control (ATC) chatter from takeoff to landing. 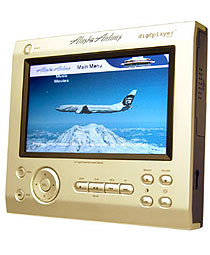 The latest trend in in-flight entertainment, I put a DigEplayer through it's paces recently and came away impressed.

Think of the DigEplayer as a portable entertainment unit. JetStar will offer the portable devices on its flights to Australia, starting early next month, renting them to passengers for $12.

JetStar says the player will offer 10 movies and eight TV comedies, as well as audio tracks, and content will be updated twice a month. Weighing about 1.6kg, the player is light enough to hold in your hands comfortably, but a handy integrated stand at the back means you can prop it up on the tray table for easy viewing.

The player can run for up to 10 hours before its internal battery needs recharging.

Lufthansa Technik is one of the most sought-after completion centers for business jets. Their interior design work is renowned for its sophistication and security. The company also provides maintenance and reconditioning of airplanes to commercial carriers, primarily in Europe. They claim over 21,000 employees in Lufthansa Technik's global network of 24 subsidiaries and affiliates. 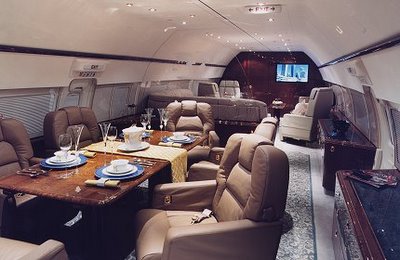 There are no limits for luxury on bord a VIP Jet

The specialists at Lufthansa Technik know how to translate even the most extravagant flights of fancy into reality. For this, there are only few off-the-shelf solutions; the unusual becomes standard.

The superior quality of Lufthansa Technik's cabin-equipping workmanship is a reflection of its overall competence and intimate familiarity with the daily flight operations of large and small airline fleets. As early as in the planning stages, the designers see to it that maintenance and overhaul expenses will remain minimal. The parts are designed to be as lightweight and long-lasting as possible.

Update 1 - Lufthansa Technik bids for BBJ cabins Aimed at BBJ operators looking to combine in-flight luxury at a comparatively reasonable price, the Leadership Select package allows the customer to customize an interior from a combination of pre-defined components. Access to a substantial pool of pre-selected materials – leather, suede, fabrics – and a large color palette ensures that effectively every interior will be unique. 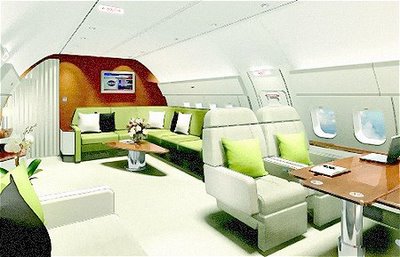 Update 2 - NICE moves from Lufthansa Technik Designed to provide a common high-speed network to support previously separate in-flight entertainment, communications and cabin management functions, NICE is already flying in two Boeing Business Jets and a VIP Boeing 747-400. It is also being installed in a pair of VIP widebodies. A version featuring 28V DC power is being offered for the standard business jet market. Complete article 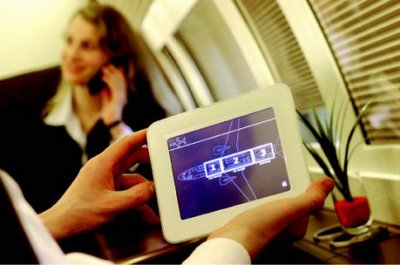 NBAA 2005 Update 3 - Germany's Lufthansa Technik has contracted with Bombardier to be the completion center over the next three years for 17 Challenger 850s, the corporate shuttle version of the company’s regional jets.