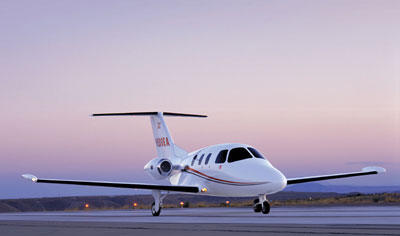 Eclipse Aviation is in the business of designing, certifying, and producing modern, affordable jet aircraft that will revolutionize the transportation market.

Naysayers be damned, but the Eclipse 500 promises to seriously launch the very-light jet market in 2006. 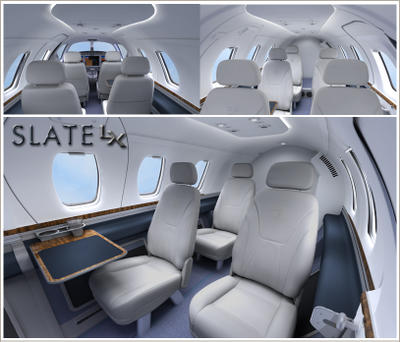 At the heart of the Eclipse 500 jet is its innovative Avio avionics system (read more about it here - Avio - Total Aircraft Integration). We are particularly interested in Avio's integration with any in-flight entertainment equipment that this VLJ might come equipped with.

Not mentioned on the Eclipse website, but confirmed by a company representative, is the optional entertainment package. Its planned components are still under design, but a comfortable guess in light of the company's general embrace of new technology would be a standard satellite radio option. We think that XM Satellite Radio would be a likely choice in consideration of its awesome XM Weather information suite. 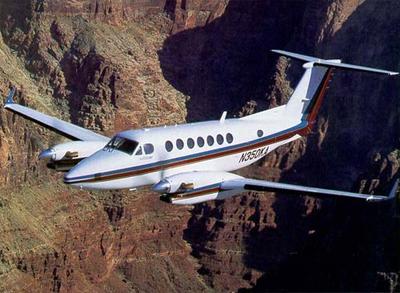 Their large, comfortable cabins lead the Raytheon Beechcraft King Air 300 & 350 to primarily business use. Low turboprop costs (compared to expensive insurance and maintenance for gas-guzzling turbine jets) have made this a very popular choice for owner/operators around the world.

From the Airliners.net information page,

The King Air 300 has been replaced by the 350, its major improvements being a stretched fuselage lengthened by 86cm (2ft 10in) and the addition of winglets. The latest member of the King Air family, it had its first flight in 1988, and has been in production since late 1989. The King Air 350C features a builtin airstair and a 132 x 132cm (52 x 52in) freight door. The 350 is also available in a range of special missions and military variants.

Continued. Pictures of the King Air 350 and 300 interior below. 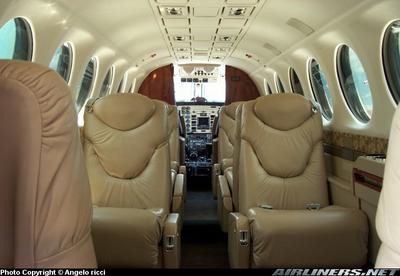 The Gulfstream IV-SP, which was introduced in 1992 and has a max cruising speed 936km/h, set new world speed and distance records on a routine business flight from Tokyo to Alberquerque in the USA in March 1993.

The Global Express is a very long range, high capacity business jet. It is in the same range as a Gulfstream V, Boeing Business Jet and Embraer Corporate Shuttle. 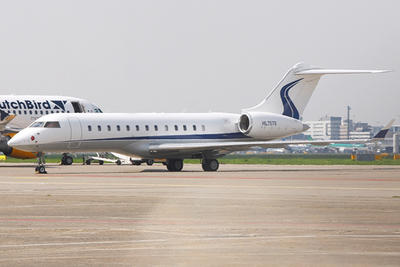 Global Express from Bombardier via Lutonjets.biz